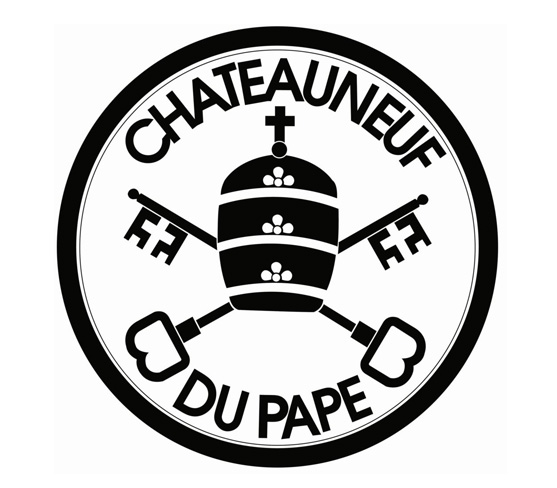 Châteauneuf-du-Pape’s history is closely linked to the history of those who made this Vaucluse village an internationally recognized wine-growing area.

French men and men of God have always been wine-lovers. When their headquarters were set-up in Avignon between 1300 and 1400, the Popes were relentless promoters of the area which would later be called Châteauneuf-du-Pape.

After numerous quarrels with the Italian Pope Boniface VIII, King Philippe the Fair succeeded in having a French cardinal elected, Bertrand de Got (future Clement V) who decided to settle in the Comtat Venaissin which belonged to Avignon, an area which was sold in 1229 by Raymond VII of Toulouse to the Papacy.
The Comtat de Venaissin coat-of-arms, and the keys to Saint Peter, which symbolized the spiritual and mortal power, are the basis of the Châteauneuf-du-Pape appellation logo, to which was added the papal mitre.
The Avignon Court were great lovers of the Beaune wine which arrived by the Rhône water way, and Pope John XXII, successor of Clement V, and a connoisseur of Cahors wine, had wine-makers come from the Quercy to plant their own vineyards under the castle walls which was used as his country residence in Châteauneuf. The Carthusian monks grew and maintained this vineyard until the 18th century. At this time, the wine already had quite a reputation and large wealthy families took over the reins.