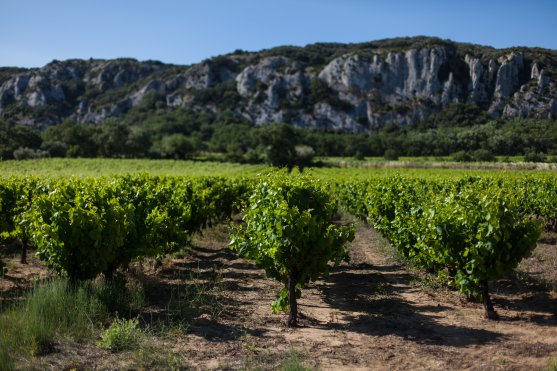 A parallel method currently being studied is to have “resistant” vine varieties, that is to say having developed natural mechanisms to fight against these diseases (notably mildew and powdery mildew).
These grape varieties are either naturally resistant or otherwise obtained by hybridisation, an inherited technique used to select grape varieties. This technique invokes a natural fertilisation, therefore not using any genetically modified organisms.
Protection calls for either chemical mechanisms (production of a highly toxic molecule for the mildew mushroom for example) or mechanically (a variety with “scaly” skin which prevents the powdery mildew from entering the plant).

Nevertheless the risk of a resistance breakdown exists (the disease adapts to the plant which then becomes sensitive). To stave this off, French researchers are currently working of grape varieties having several resistant genes for a same disease. This multiplication of defences would allow a better long-term resistance.
The major advantage of these grape varieties is to limit the number of chemical treatments: between 2 and 3 instead of 6 or 8 (even if it’s still necessary to avoid resistance breakdowns).

Even if these grape varieties boast less quality than the traditional varieties such as Syrah, Grenache, Pinot, etc … and even if their name doesn’t mean anything from a marketing standpoint (Divico, cal 06.04, cal 32.07, …), the ongoing improvement in regards to their quality and the ecological concerns should allow them a non-negligible presence on our shelves in years to come.