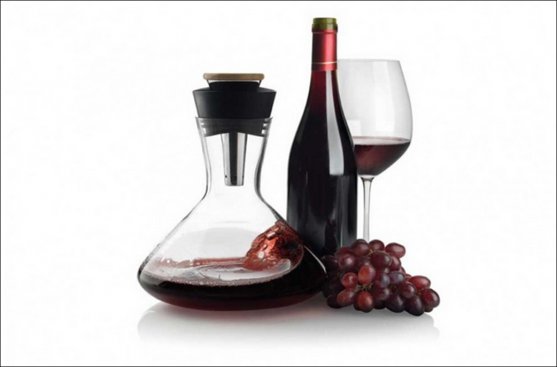 Knowing if a wine should be decanted, and if so, for how long, is a question which we’ve all asked ourselves at least once during our life-time. Below you’ll find some possible answers.

The decanting process (or decanting) of wine is used to prevent guests receiving deposit from the bottle bottom, in their glass and also to aerate wine quicker than if you just open the bottle. It can be described as rather a “violent” operation for wine.

In general, I wouldn’t recommend decanting an old wine. Being aerated too fast can “kill” it in less than thirty minutes. It’s better to let it open up little by little in the bottle and it’s up to you to ensure that no deposit gets poured into a glass!

It’s completely different for young wines. When carried out carefully, decanting can allow your wine to express itself quicker. But remember that after serving the first glass of wine, there’s a large contact surface between the air and the wine allowing it to develop and come to life quickly.

It’s really not worth opening the wine bottle one hour before: the surface contact is very limited (just the neck) and the wine won’t have time to aerate. But if this is nevertheless what you want to do, then think about opening the bottle the morning of your evening meal.

Last, but far from being the least, remains the question of its visual presentation. Since decanters mostly have simple designs, this prevents us from admiring a beautiful bottle and the label boasting its Domaine, depriving us from knowing where it’s from. And an empty bottle doesn’t have the same effect. But that’s merely a personal opinion.